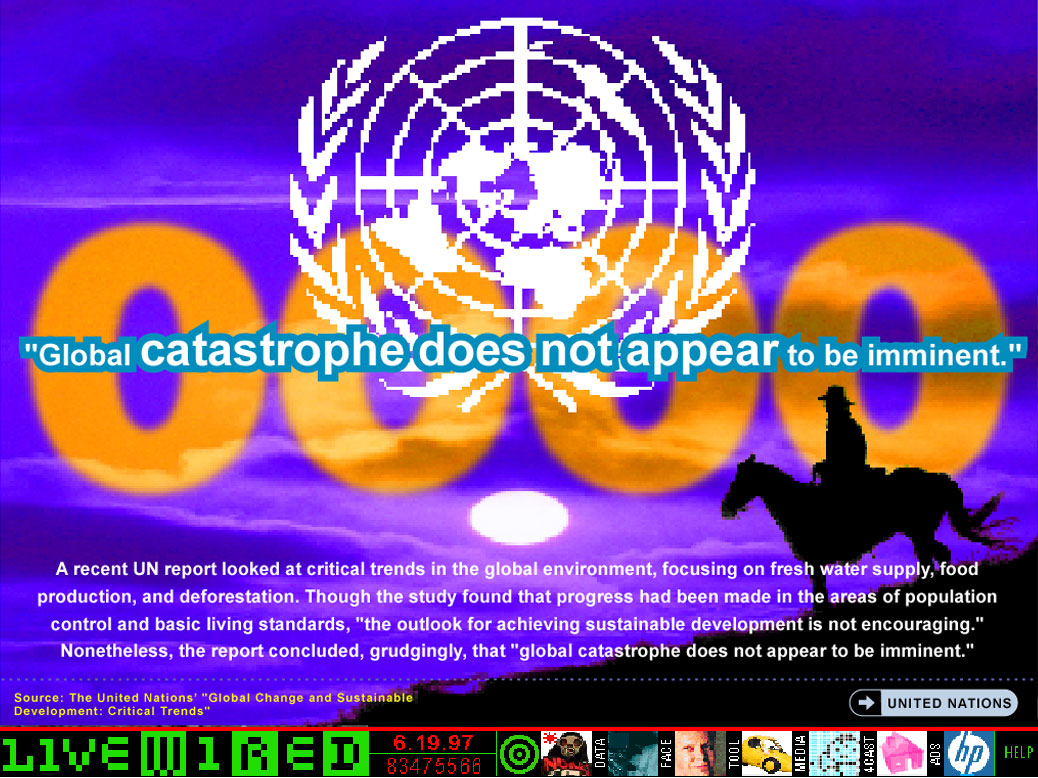 Livewired was a web publishing experiment intended as a multimedia expression of Wired magazine’s visual essays—many of which were designed by Erik Adigard and M-A-D. As such, it appeared as web-enabled full screen with animated streaming content that included:

A main conceptual component of LiveWired, along with its bi-weekly forecasts, was the image-oriented publishing of significant events. The interface linked the main screen animations to full stories and to related information.