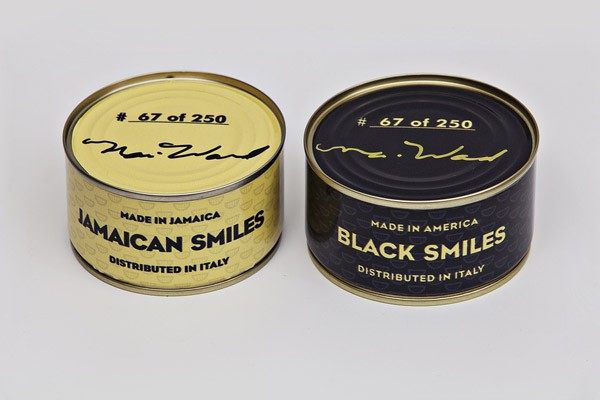 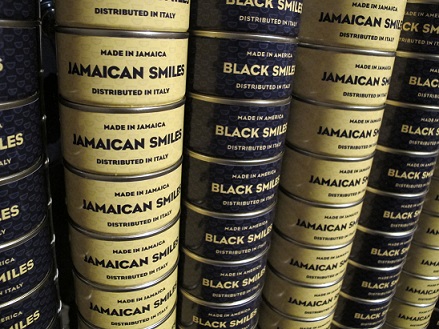 Referencing Piero Manzoni’s “Artist Shit” project, Nari Ward enclosed his daughter, son and own smiles, hence “canning” the cliche of the happy Jamaican and African American minstrel character. The label “Made in Jamaica/Made in America” refers to the artist’s double identity and to the cultural process of classification of people according to their origin. His daughter and son smiled into the “Black Smiles” cans while he smiled into the “Jamaican Smiles” cans. A seemingly absurd gesture underscores the sometimes unreasonable regard we have towards categorizing racial identity.

Package design is by M-A-D.

About Nari
More projects from Nari