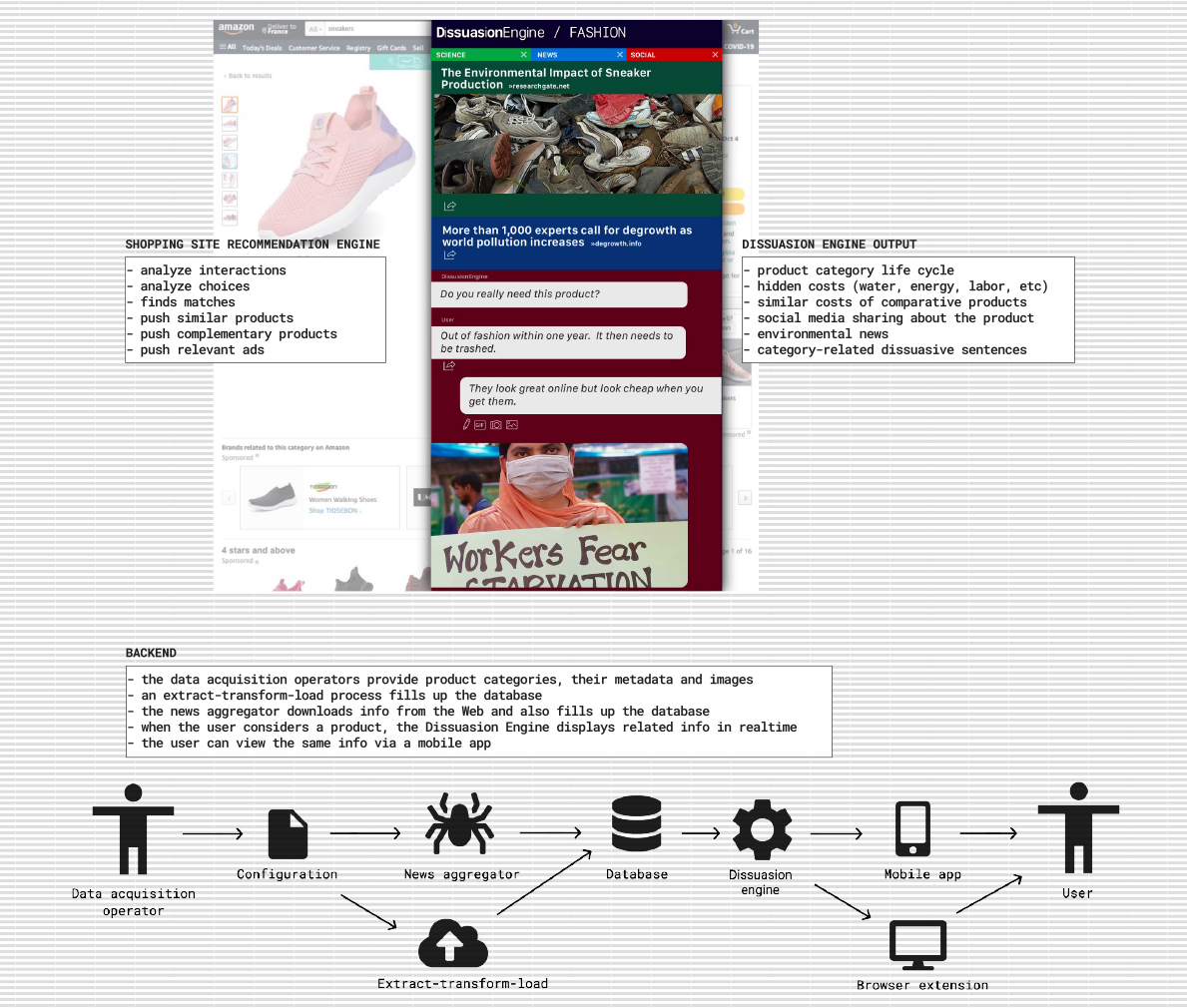 Dissuasion Engine, made public on October 15 by Forecast at radialsystem in Berlin, was selected as part of Driving the Human’s “21 visions for eco-social renewal” initiative. Other project partners include acatech and The Karlsruhe University of Arts and Design

The Dissuasion Engine concept is a new kind of web-based and mobile consumption experience — one that will enable its users to critically reflect on the human and environmental externalities involved in their consumption decisions. Dissuasion Engine aims to reveal how hidden AI-based technologies shape our decisions of what and how much to consume.

Focusing on the negative externalities triggered by online mass consumption, our project questions both human and technological factors. Between these two is the role of design as it imagines and engineers the interfaces and symbols that drive our existence.

Design has always been the engine of innovation and progress, however, in times of ubiquitous misinformation, visual pollution, mass consumption and ecocide, design bears some responsibilities for its role in these crises. As image makers we should always wonder how we fit in the chains of production and consumption in our missions to improve the sustainability of both the economy and the environment.

It is often said that design, even activism, naturally tends to be commodified, but it is “form” itself when it is objectified that can be commodified. More than anything, design has a long history of being driven by commerce. As always our challenge remains to always establish and re-establish life and poetics as the central values of what and how we do what we do.