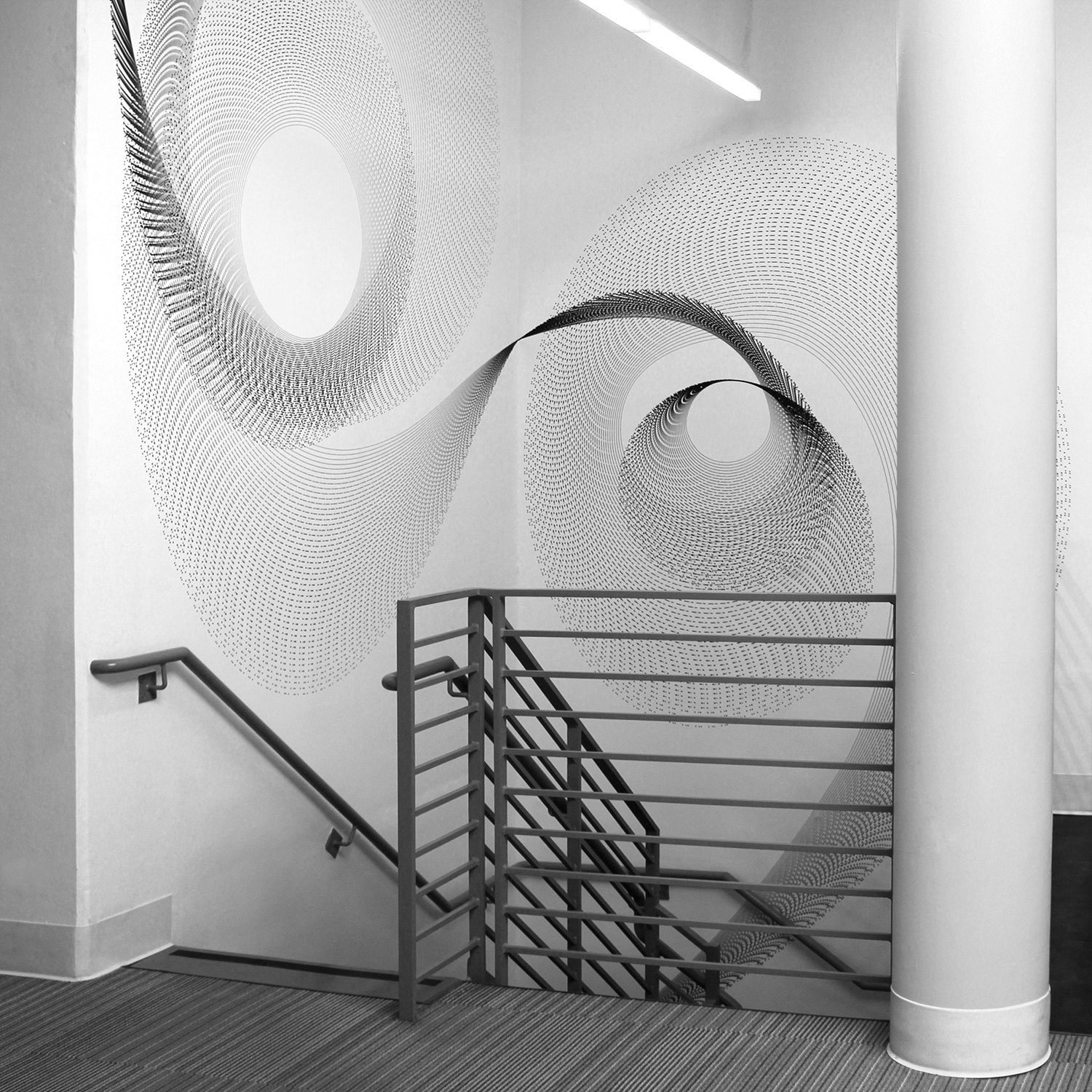 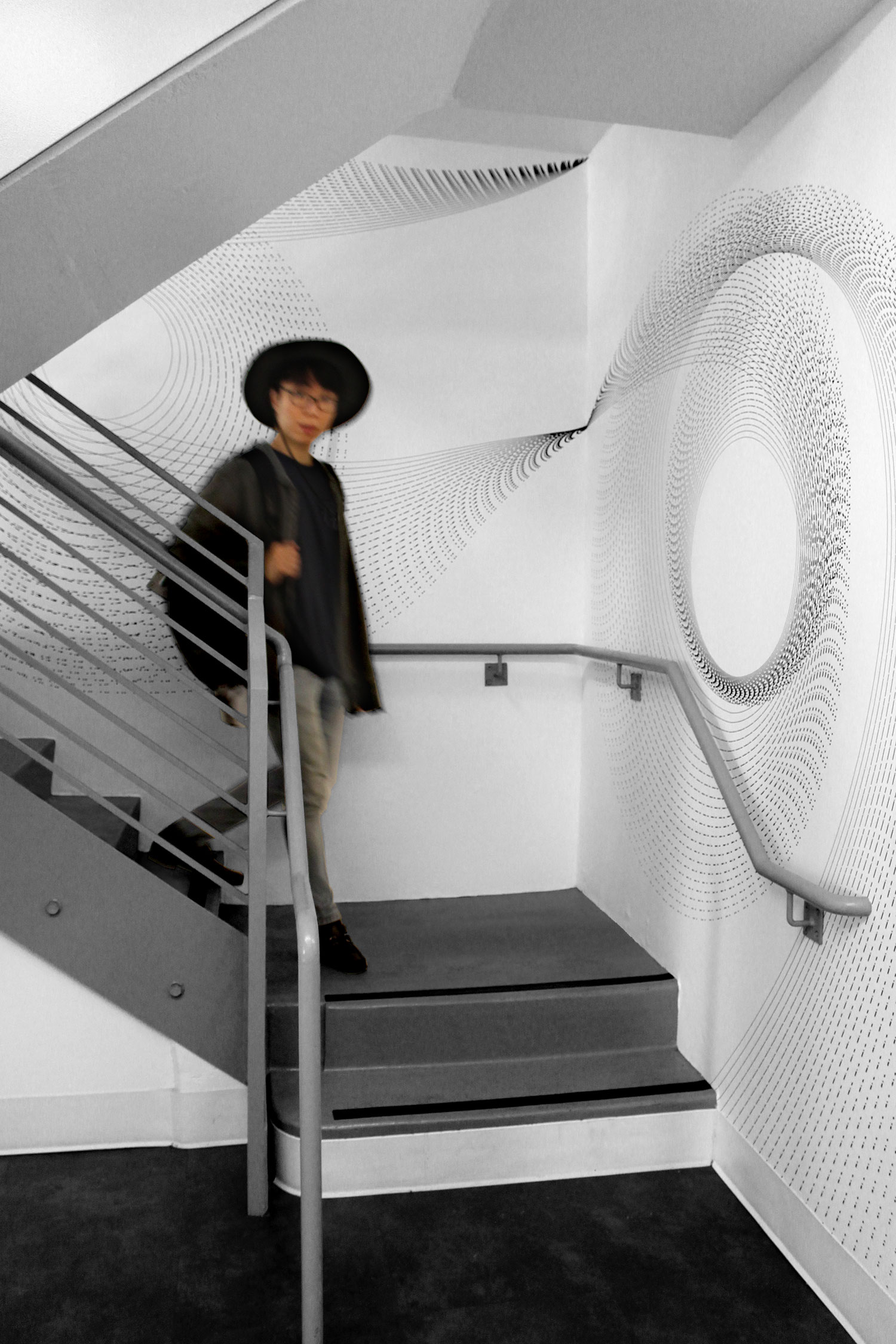 22 Steps was conceived for the central staircase of Simons Institute for the Theory of Computing.

In the architecture of places, the staircase is a primary space of movement where nothing is expected to be static. It is where people and things can only be seen in a state of binary displacement: going UP or DOWN. In that way, the staircase becomes a displacement of elevation.

The staircase is purely functional. It could be seen as a necessary waste of livable real-estate: a clunky accumulation of spaces too small to be occupied by humans or their furniture. However, it is also a metaphor for aspirations with possible celestial resonance. We can imagine how air occupies a staircase—all of it. Air moves via the passing of people. As such atmospheric forms and currents appear and disappear not unlike micro climates. Air then becomes a wavy flow happening as a counter-point to the stasis and rigidity of steps and hand rails, but also as a reminder that this Institute’s architecture, unlike its square staircase, is circular and fluid. 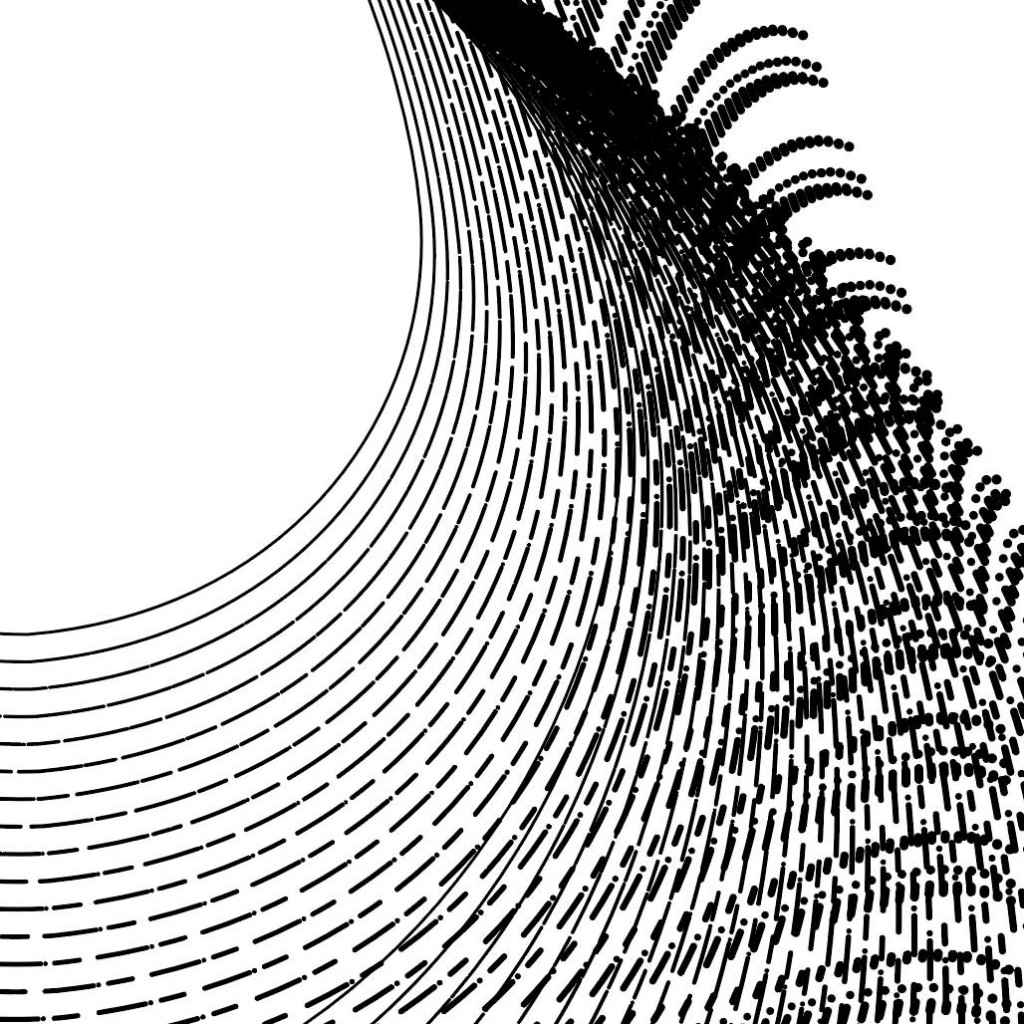 22 Steps intends to express what cannot be shown, and invoke the ever-changing aspirations and transformations that lead us from one level to the next. We easily enter the staircase going up, but we never can completely ascend its full volume other than visually.

This “vortex” concept echoes the circular form of the institute and its central column while expressing the momenta of ascent and descent. It plays off a set of circles that appear and disappear through a mix of interferences. The design cannot be seen as a whole, instead it is experienced as one uses the staircase. It aims to be present while being non-intrusive, and to be artistically expressive while remaining simple—as if integral to the architecture.

It does not pose any question or suggest any riddle and yet it is constructed around a specific set of rules—the different effort and experience of going up versus going down. 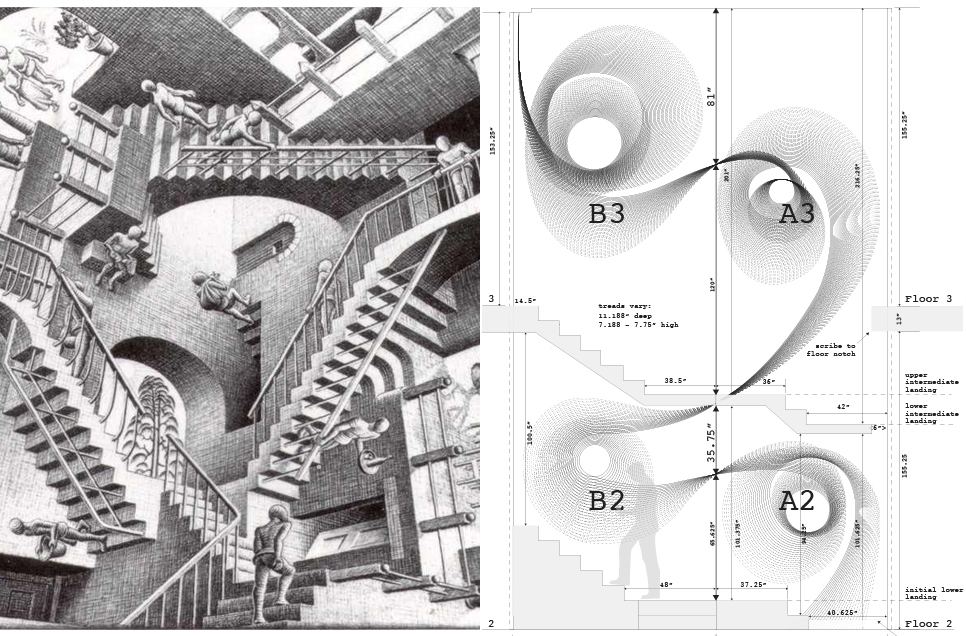