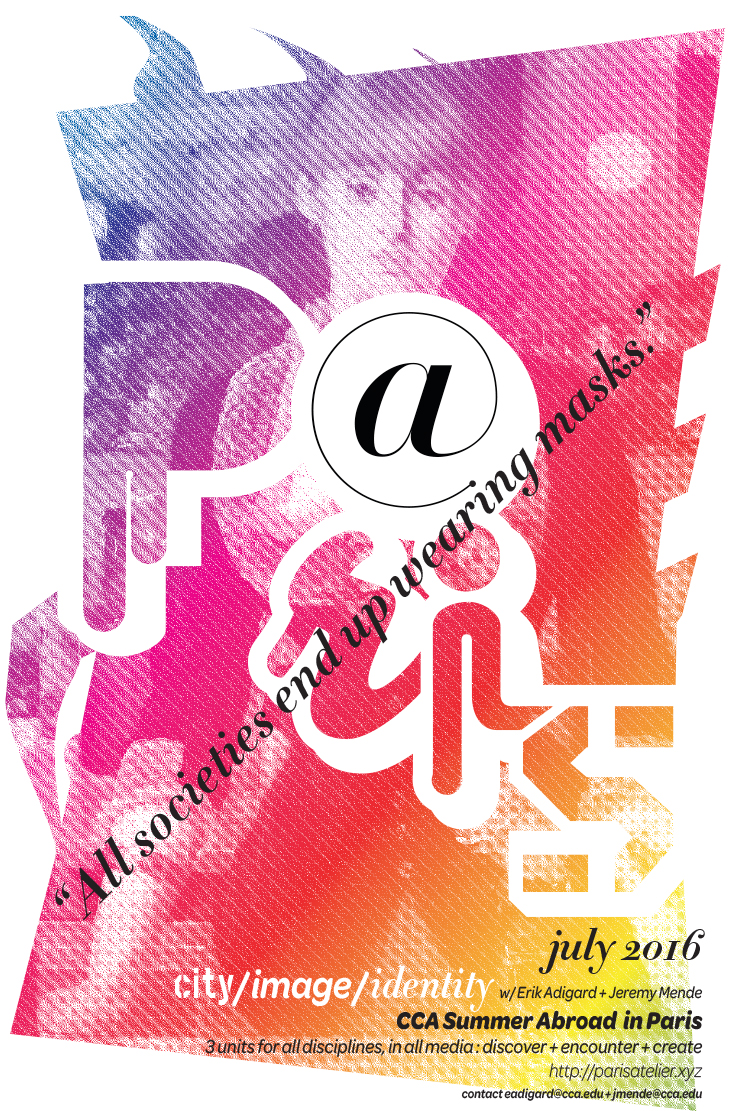 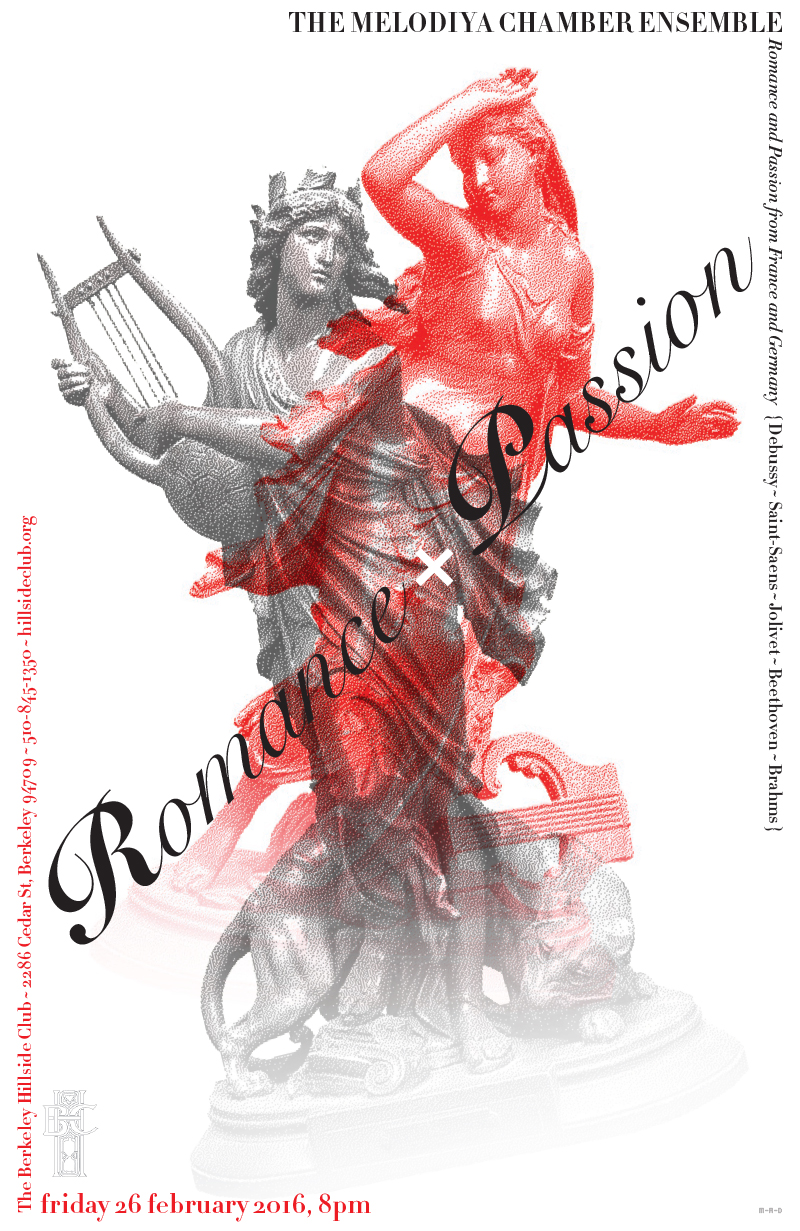 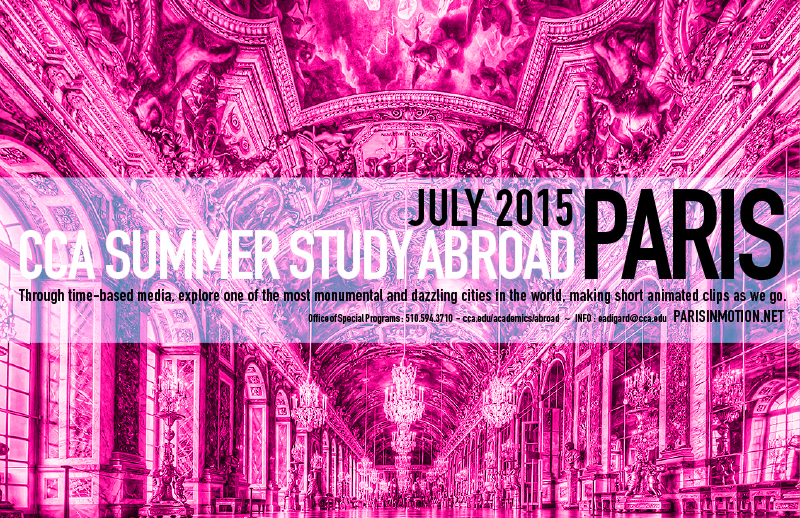 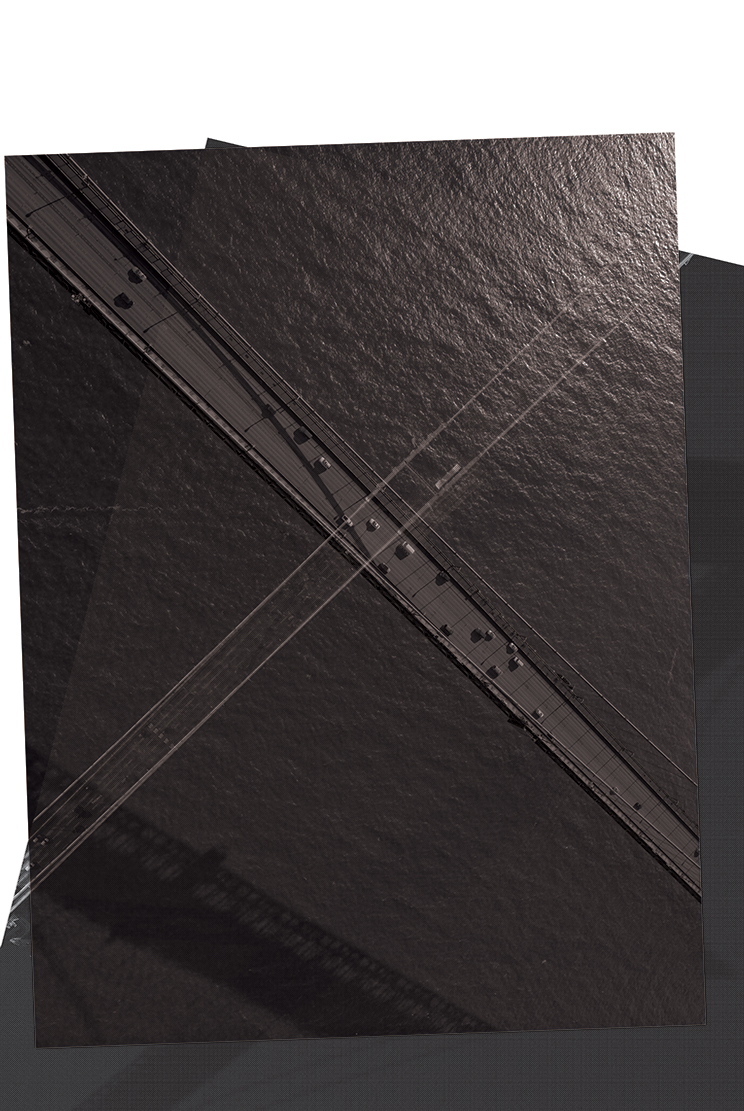 Conceived with photographer Thomas Heinser for an AIGA exhibit of San Francisco-themed posters. The soul of the city is expressed in its bridges, as they bring together people and aspirations. San Francisco is a city of dreams—at once a destination and a symbolic bridge toward otherworldly destinations.

This poster is conceived by layering textures that are only visible close up. It  is one of many examples of M-A-D collaborations with other talents such as architects, composers, authors, engineers & graphic designers. 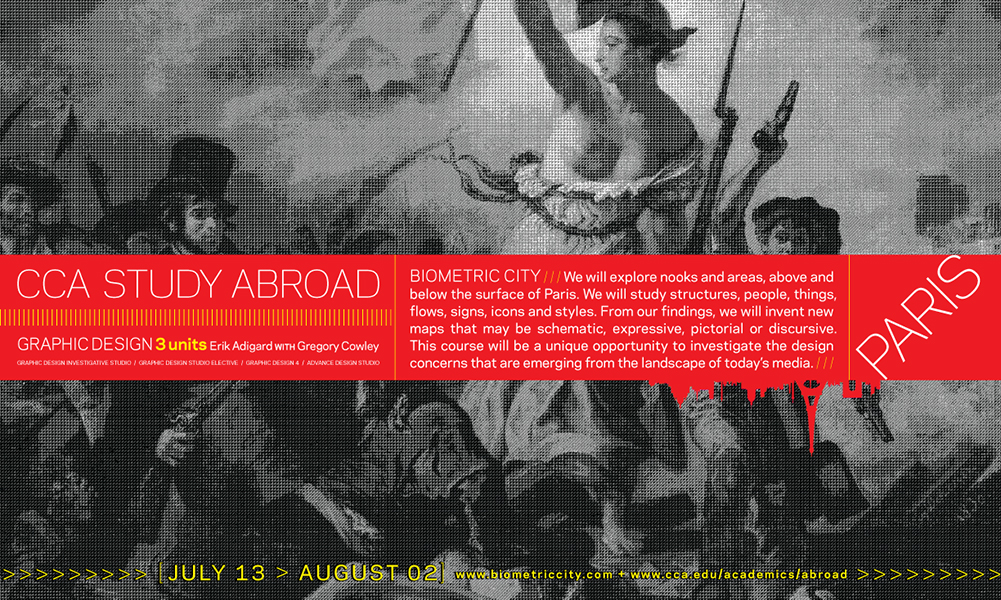 BiometricCity/CCA workshop: In the midst of city spaces large and small, we will catalogue notable aspects of street life, messaging, iconography, art, interfaces, devices, and other constructs that can bring both life and identity to spatiality. We will consider how these heterogeneous design agencies relate to each other, to people, to culture and/or to the economy.

Fuelicide was conceived for an AIGA event promoting the most crucial social and political issues of the moment, including. America’s mindless addiction to oil, especially as a result of the popularity of SUVs. This addiction has been one of the main triggers of war, terrorism and climate change.
By Erik Adigard, with Philip Foeckler, M-A-D

IDCA/ Aspen conférence : The International Design Conference in Aspen is a major annual design event. M-A-D created the identity and all communications materials for the 49th conference: Design.Digital: The House, the Mouse and the City. Our aim was to create an identity and design vernacular to express the intersection of architecture and internet. “Technomad”, Mouse, House and City icons inhabited the conference designs as if these were part of an integrated (even if only temporal) urbanity. The logo emphasizes the importance of integrating technology and human factors. Design.Digital had a record attendance.

AIGA exhibit on current cultural memes. Our poster comments on the relationships between cultural memes, biological phenomena and scientific processes.